Here in the states, a large majority of people that you meet are going to be Christian; there’s no denying it. So naturally, it’s assumed that you celebrate Christian holidays, right? I’m actually pretty sure that every member of my family is Christian. And I think some of them say it just to say it, but aren’t really, yanno?

So anyway, one of the biggest ones for my family happens to be Christmas. It’s that time of year that all of the close relatives and distant family members all come together to great grandma’s house for breakfast.

I personally don’t care for my great grandma. She’s not really a very cozy old grandma that knits itchy sweaters for everybody. She’s the strict type that will beat you with her purse if you intimidate her. Based on this, and off of the fact that Christmas means a big deal to her, I’d naturally assume that she’s Christian herself.

I think I maybe heard her mention going to church once or twice? I can’t be too certain. My memory is real bad to begin with.

Like I was saying, it’s pretty scary to be in a house full of Christians when you’re a Pagan that practices witchcraft; two no-no things in the Bible. And at a CHRISTMAS get-together, mind you. I don’t even celebrate Christmas! I celebrate Yule!

So for me, I just feel left out.

All these people are coming together to celebrate something that I don’t even believe in. Although it is nice to see how all of my family members are doing, even if I’d rather not see some of them.

I eat as quick as I can, and then I try to leave as soon as they let me. I’m not staying in that awkward situation for long.

Sometimes I’m even afraid to just eat with them in general. One time when I was little, I put one too many pancakes in my plate. I ate everything else but this one pancake. I was so full that I regretted it. I needed to sit down somewhere where it was lest stuffy and rest so that everything that I had doesn’t come right back up.

But then, my great grandma over here, she came over and told me that I couldn’t get up from the table until I finish that pancake. And I was in that state of fullness where I can’t even look at food, so she was really a pain for me. I think it was in that moment that I truly did not like her at all.

Another one of my family members dismissed me from the table and later on the drive home told me that she only said that because she has a fixed mindset, and that’s just what she had been taught growing up; to eat everything on your plate no matter what.

So I was thinking, if she’s that strict about something as simple as finishing a meal, how bad is she when it comes to religion? Is she Catholic? Who knows!

I don’t think that I’ll be telling my not-so-close family about my Paganism any time soon. I just get a feeling that not everybody is going to be okay with it. I’m just going to continue Christmas traditions as they are, and leave them as they be.

All I can say is; if you think that your family is going to be supportive of you being Wicca or Pagan or anything else for that matter, go ahead and tell them.

If you’re leaning toward not-so-much, or you think that they’re not really going to be supportive, best thing to do is to just not mention it, or to wait until you’re fully moved out and are ready to come out to them about being whatever you are.

Sure, it’s scary, but in the end, I believe that you’ll find that it was worth it.

Blessed be, your pal
Duie 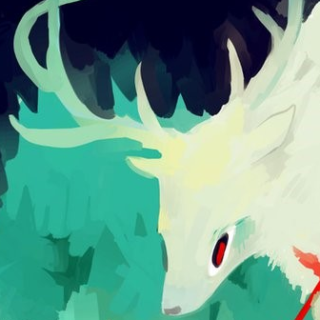 Just a simple Pagan witch, trying to get by.